This photograph of York and Lancaster Officers of the Boer War period 1899 to 1902 shows them wearing the Y&L shoulder title in the side of the Foreign Service Helmets.

The title is cast and has longer lugs than normal shoulder titles, presumably to fit through the layers of material on the pagri (the cloth wrapped around the helmet). It is presumed that these titles were produced in theatre in South Africa as cast badges were more typical of theatre made badges than official War Office produced badges.

In addition, pictures of soldiers of the York and Lancaster Regiment getting ready for deployment from the UK do not show them wearing Y&L titles in their helmets. It is therefore logical to assume that they were made and fitted in South Africa. 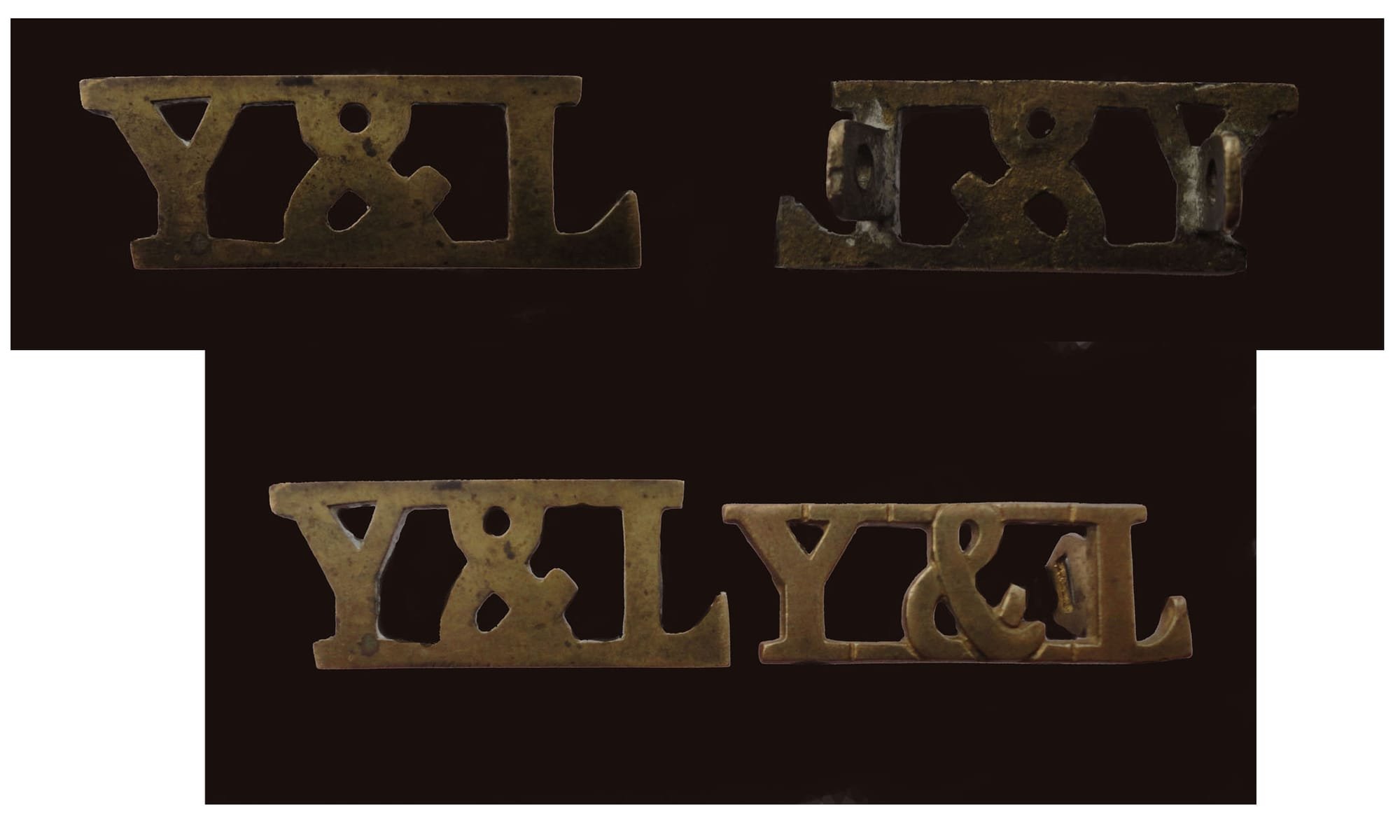