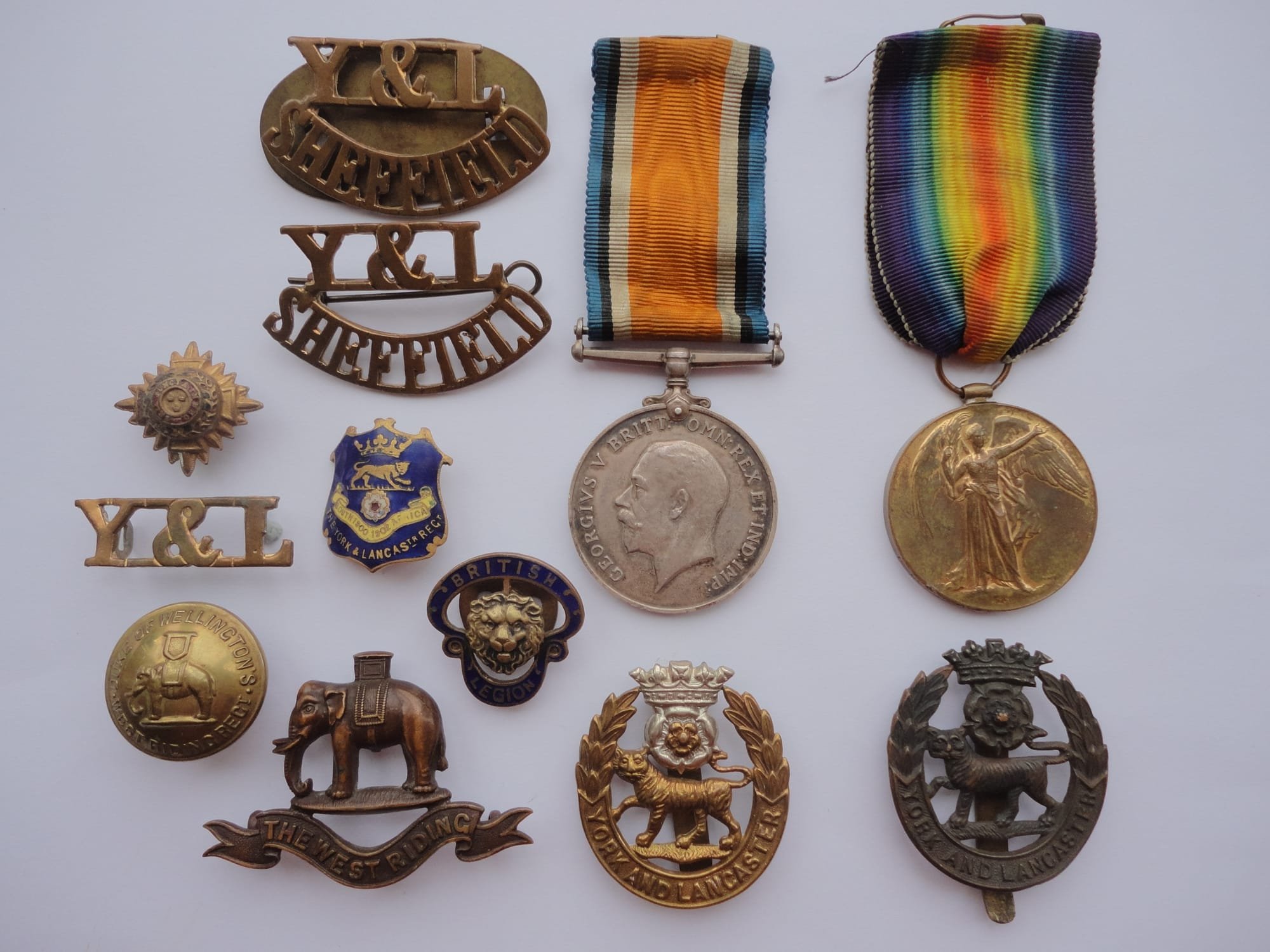 This WW1 pair of British War Medal and Victory Medal were issued to 12/558 Sgt John Stanley Wood. The 12 in the army number represents the 12th Battalion and the 558 shows that he was the 558th man to enlist in the Sheffield City Battalion and therefore would have enlisted in early September 1914.

According to Wood's Medal Index Card, he didn't arrive in France until 26th December 1916 so he appears to have missed the battle of the Somme where so many of his Sheffield Pals died.

At some stage he was transferred to the 14th Battalion York and Lancs (2nd Barnsley Pals) but on 25.5.18 he was commissioned to the West Riding Regiment (Duke of Wellington's).

The medals and badges were in a Princess Mary presentation tin and are a pair of Sheffield Pals shoulder titles, a Y&L shoulder title and 2 other Ranks York and Lancs cap badges. The West Riding officer's collar badge and button and the officers pip were obviously saved from his commissioned service.

Along with the military badges were a pin badge worn in civilian clothing and a British Legion membership badge which suggests that John Stanley Wood played an active part in veterans groups after the war.