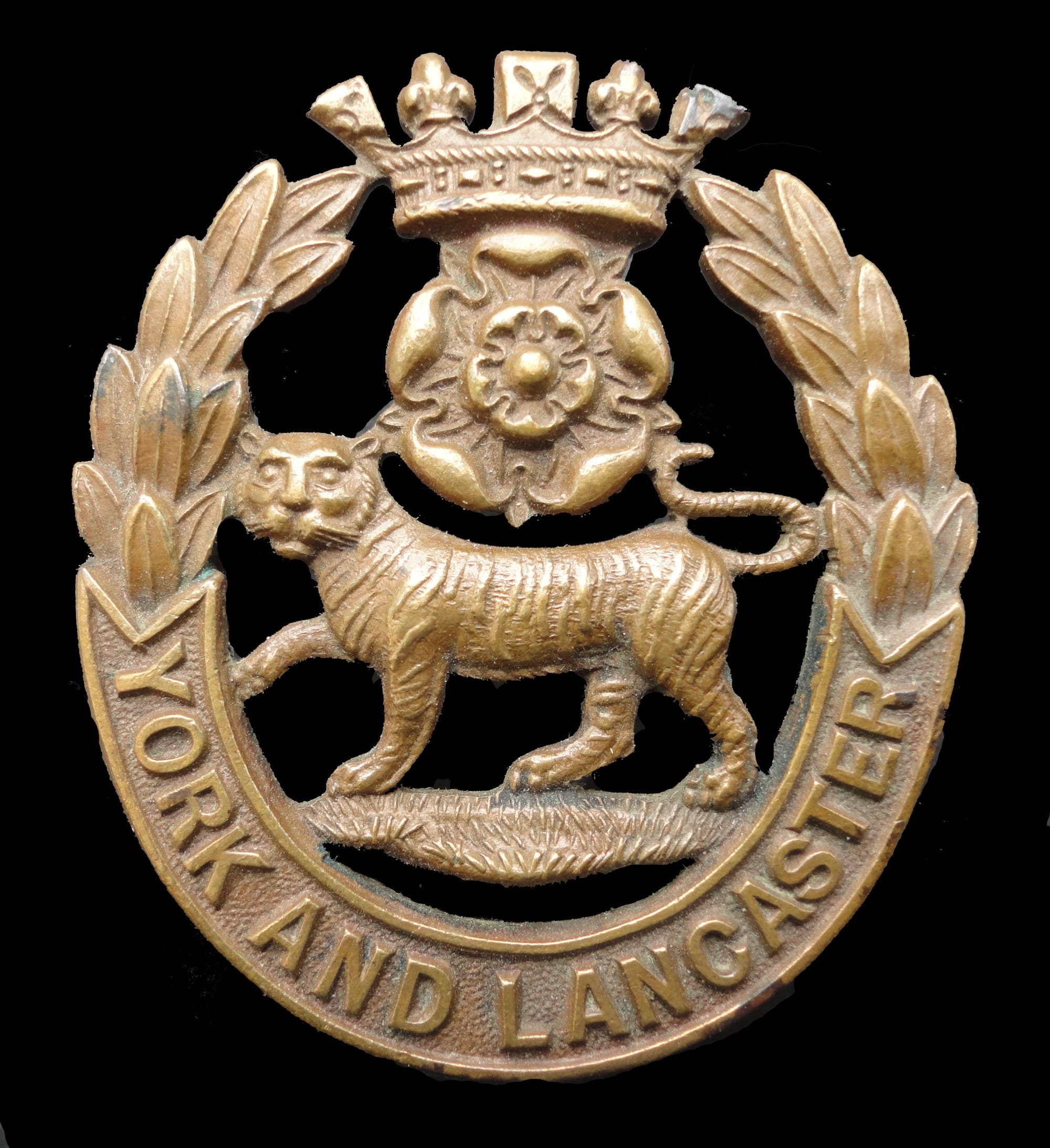 They continued to wear these collar badges up until 1936 when they were re titled as 67th (Y&L) Heavy Anti Aircraft Regiment, Royal Artillery.

Photographic evidence shows that these were worn always with the Tiger facing left and not, as suggested in one well known reference book, as inward facing pairs.  Photographs exist in the regimental archive of numerous 5th Battalion Officers wearing bronze collar badges of the same pattern of cap badges (some of these can also be found on pages 14, 31, 32, 66, 71, 77, 110, 128 in Cooksey, J Images of War, Flanders 1915. Pen and Sword 2005).

There are at least three makers of these collar badges of which two are readily identifiable. Firstly, JR Gaunt whose cast bronze officer badges have a smooth, flat appearance to the rear of the badges and a pronounced indentation to the rear of the rose and crown (left hand badge)

Secondly, J&Co (Jennens and Co) whose cast bronze badges with the rear details of the badge showing a pronounced hole to the rear of the rose along with an indentation to the tiger and the ground the Tiger is stood on (right hand badge).  The front of the J&Co collar badges appear to have a die flaw under the letters ‘L’ of Lancaster and ‘A’ of And. Occasionally these badges can be found with the maker mark of J&Co.  It can therefore be assumed that those badges with this particular flaw were all made from the same dies used by J&Co. 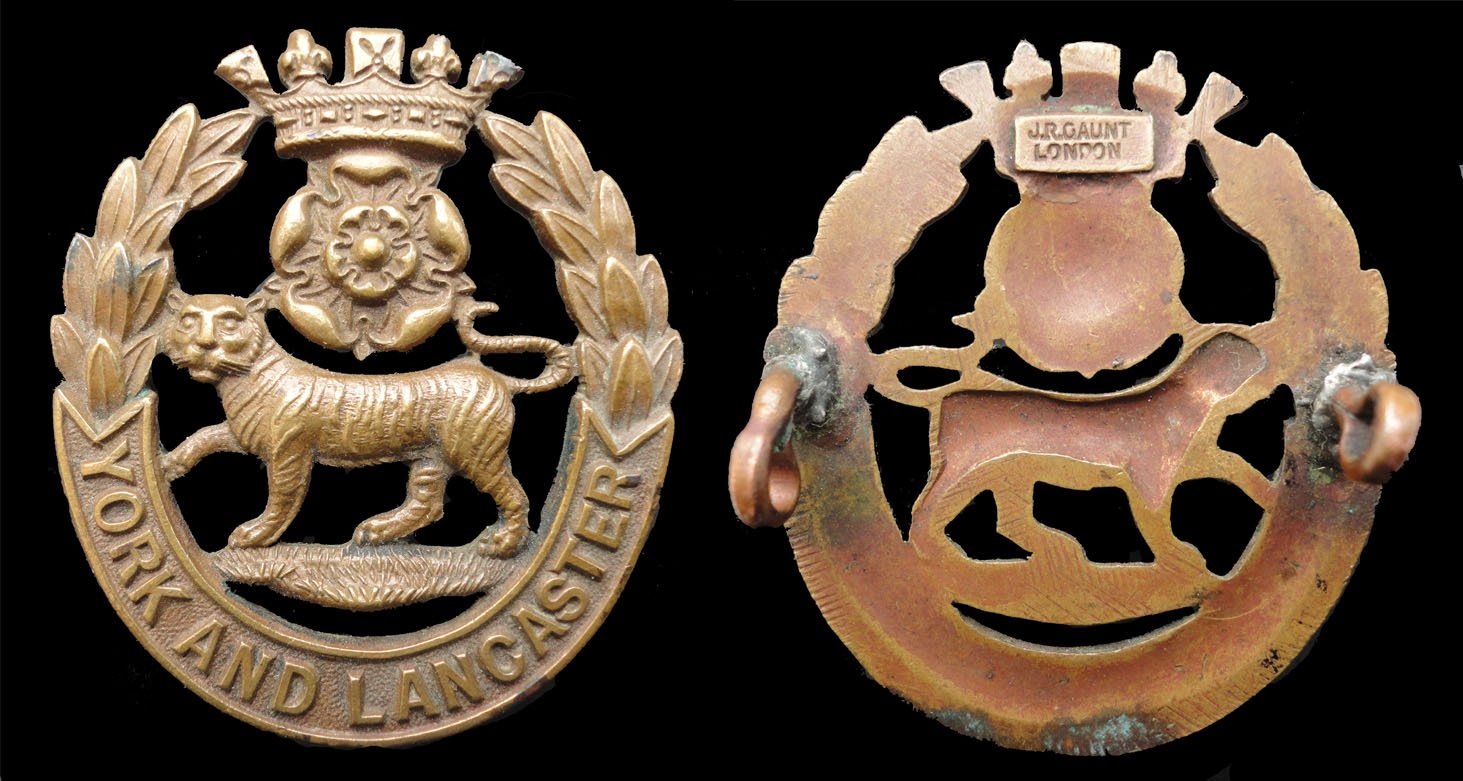