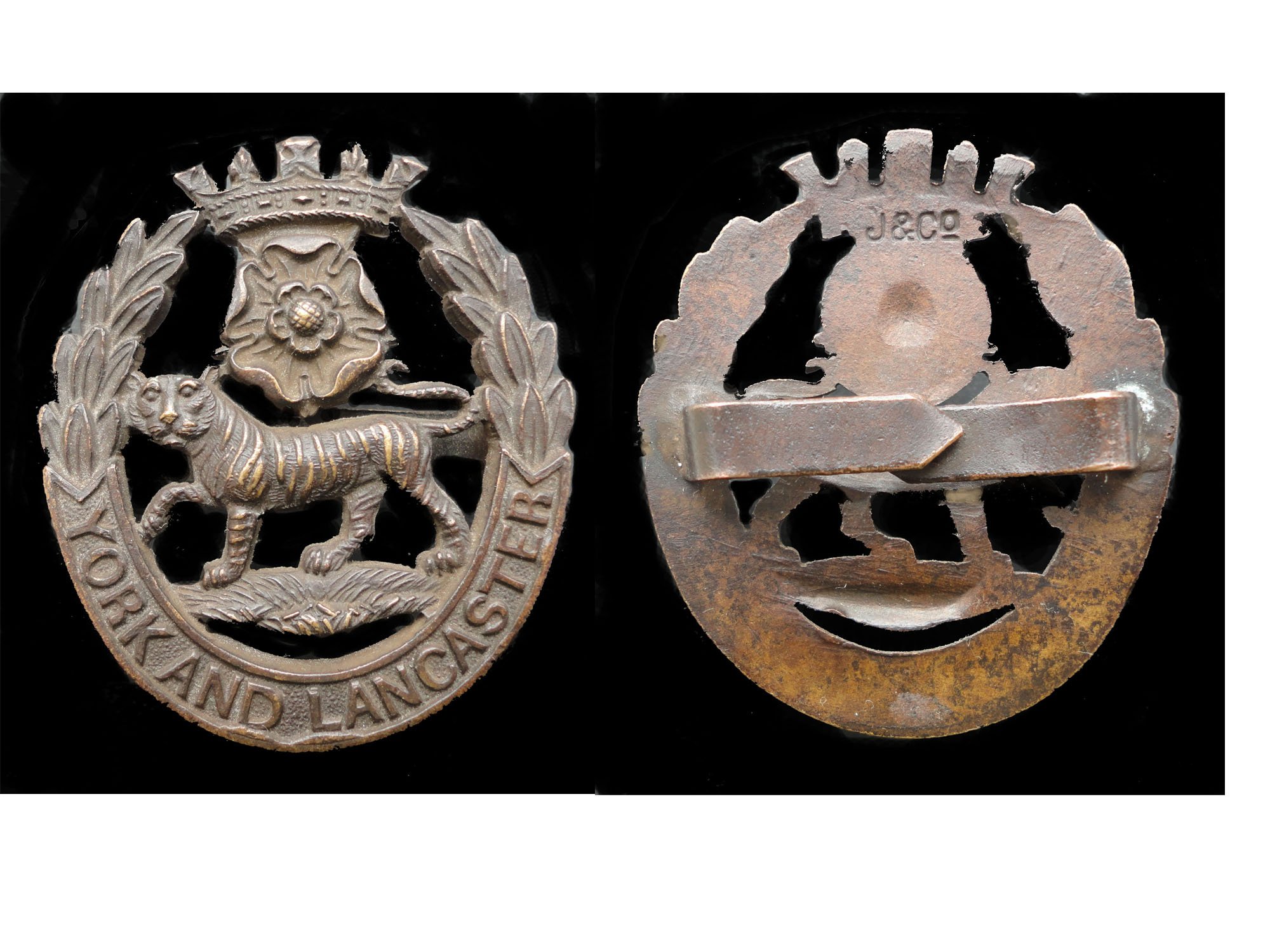 This is another example of the Tiger and Rose badge but this is in cast bronze and is an Officer Service Dress badge. The Tiger is set within a scroll and laurel wreath with the words ‘York and Lancaster’. When khaki Service Dress was introduced into the British army in 1902 to replace scarlet uniforms, OSD badges were also introduced as a form of subdued badge to match the subdued uniform.

This example was made by J&Co (Jennens and Company) who made OSD badges until they were taken over by the Gaunt Company in 1924. OSD cap badges were usually made with blades that bent into position and were left in position on the headdress as there was no requirement to remove them for regular cleaning as was the case with gilding metal badges.