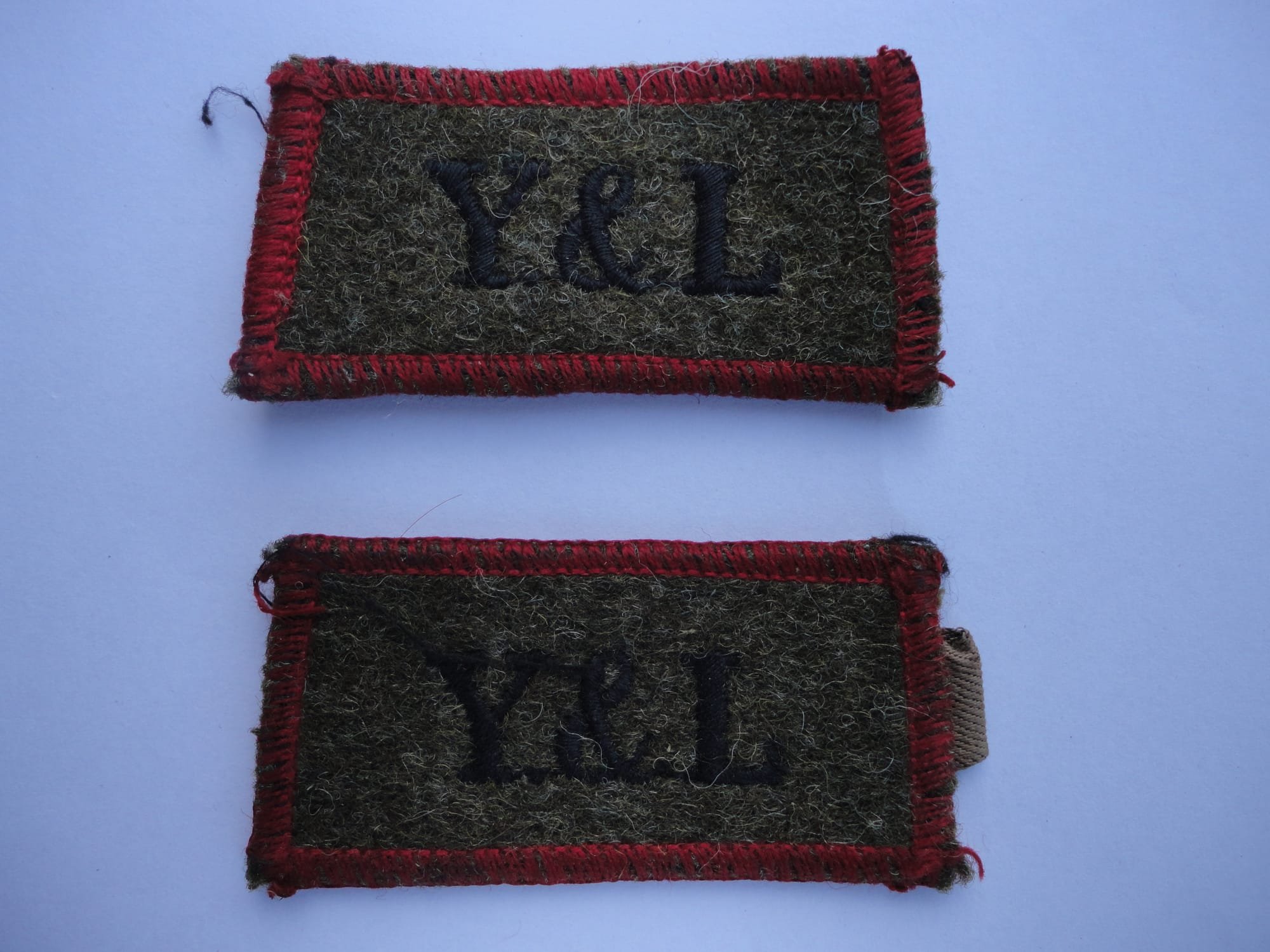 When battledress was introduced in the 1930's, it was intended that insignia and identifying badges would not be worn. However, regimental pride being what ii is, the soldiers continued to wear their old brass shoulder titles.  At the outbreak of WW2, cloth embroidered badges (similar to those issued during WW1) were reintroduced, supposedly to save metal.

These examples were made of wool with the letters Y&L embroidered in black stitching.  To the rear of the badge is a cotton tape which allowed the badge to be slipped onto the epaulettes on the shoulder of the battledress jacket.

These badges were discontinued around 1941 to be replaced with the brightly coloured curved shoulder titles.

This pair of titles are different to the regular pattern in that they have red embroidered edges. Based on the Hallamshires wearing a red backing to their cap badge, it is possible these red edged slip on titles were made specifically for the Hallamshires (this pair belonged to a soldier who served with the Hallamshires throughout WW2)