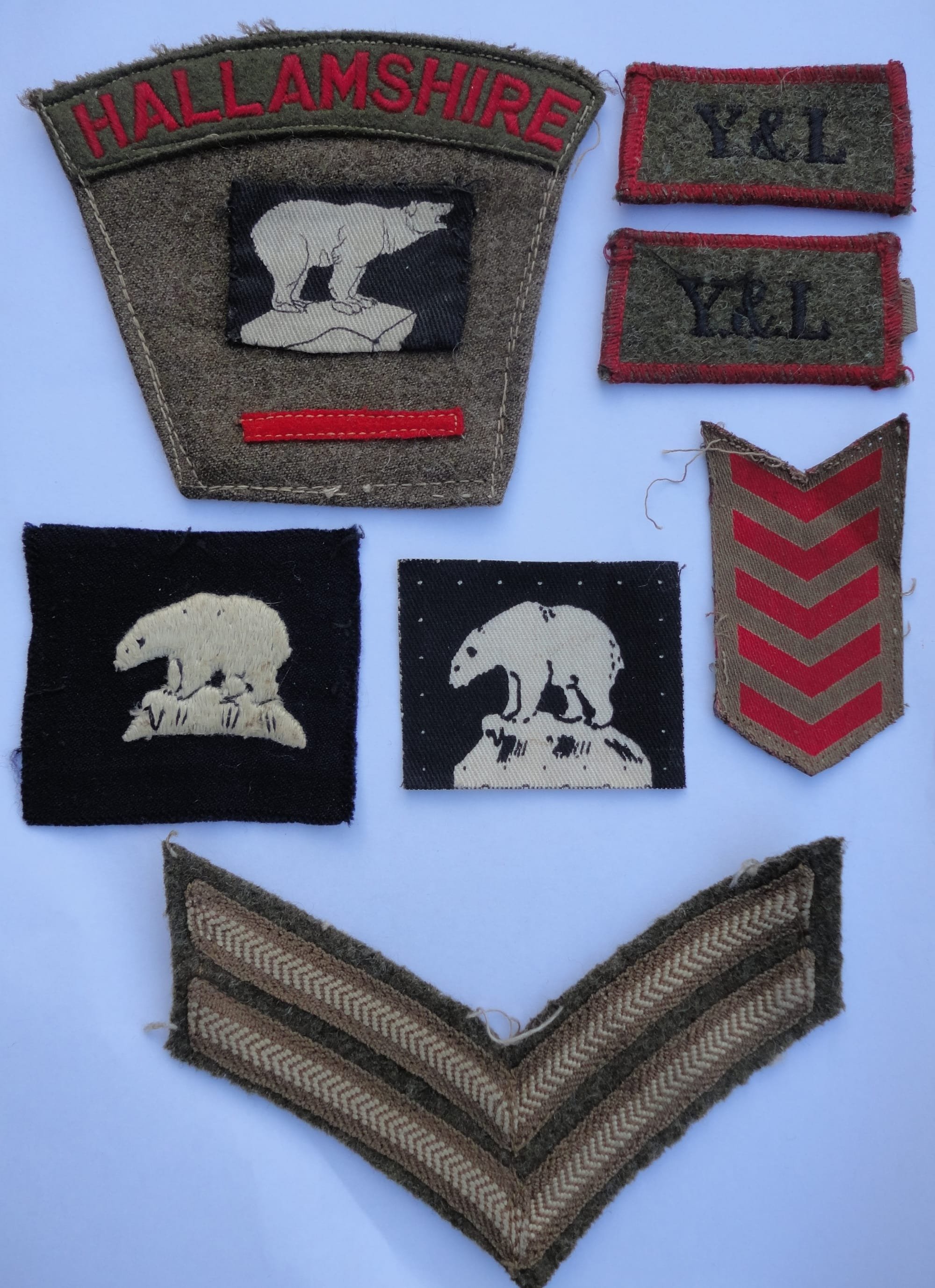 Cloth Badges Belonging to a Hallamshire Soldier during WW2.

These badges belonged to 4748287 W/Cpl Ernest Allen. He enlisted into the York and Lancaster Regiment Militia at Pontefract on 15 July 1939.

He was transferred into the Hallamshire Battalion Y&L and served in Iceland, Normandy and North West Europe as a Driver/Mechanic in HQ Company.  He was released from military service on 14 March 1946.