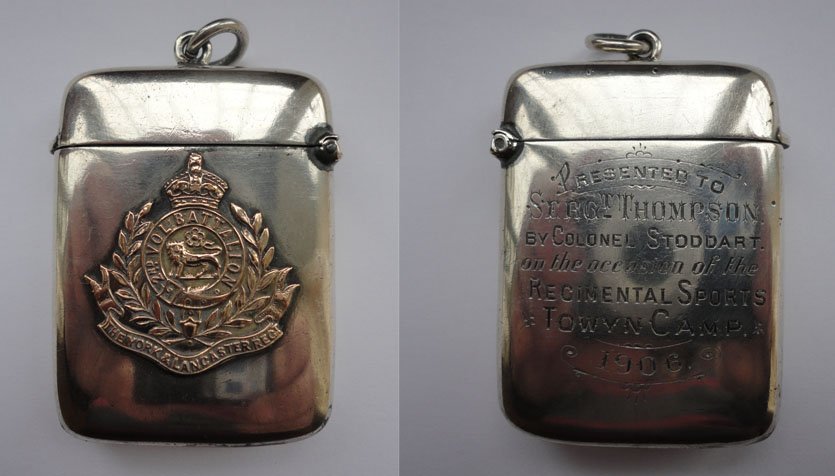 This example has the emblem of the 2nd Volunteer Battalion on the front and an engraved dedication on the rear.  Its says:

(Towyn Camp was in North Wales and appeared to be a popular place for volunteer units to hold their annual camps).

The matchbox was made by Mason's jewellers in Rotherham which is understandable as the 2nd VB HQ was in Rotherham. 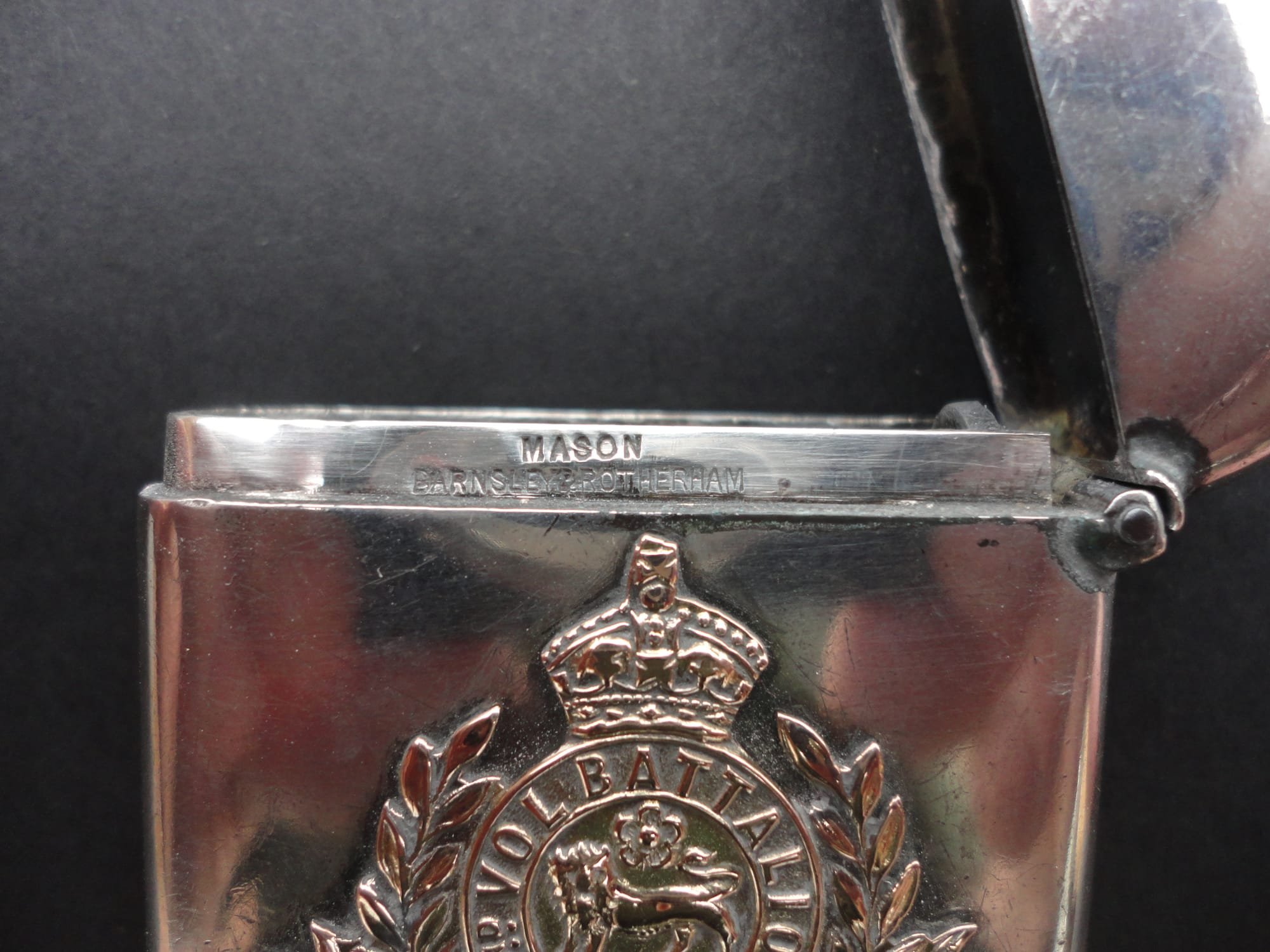