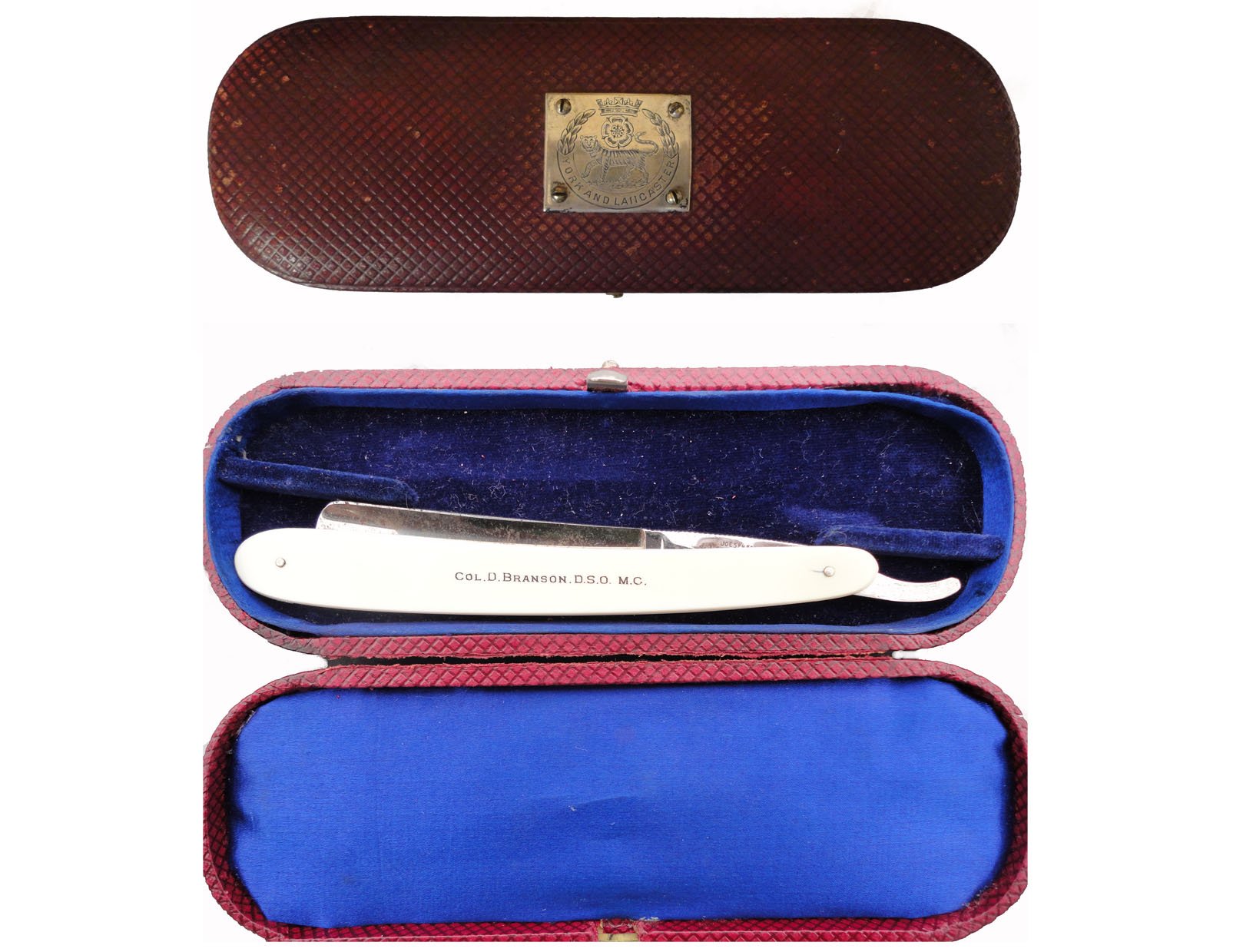 Colonel Branson was commissioned into the 4th (Hallamshire) Battalion in 1910. He became Commanding Officer of the Hallamshire Battalion in 1917 at the age of 23 and in the space of just 10 months was awarded 3 Distinguished Service Orders (DSO) and a Military Cross (MC) during WW1.

He continued to command the Hallamshires until 1925 when he became Commander of the 148 Infantry Brigade (TA).

Colonel Douglas Branson later became Sir Douglas Branson KBE CB DSO MC TD ADC DL. His connection with Endcliffe Hall in Sheffield being so strong that the officers mess in the hall is named The Branson Room' and his medals are proudly displayed in the room.

The post WW1 portrait below shows Colonel DS Branson wearing the ribbons of the DSO and 2 Bars along with his MC.

The group photograph shows Colonel Branson (centre) as Honorary Colonel chatting to officers of the Home Guard in Sheffield during WW2. 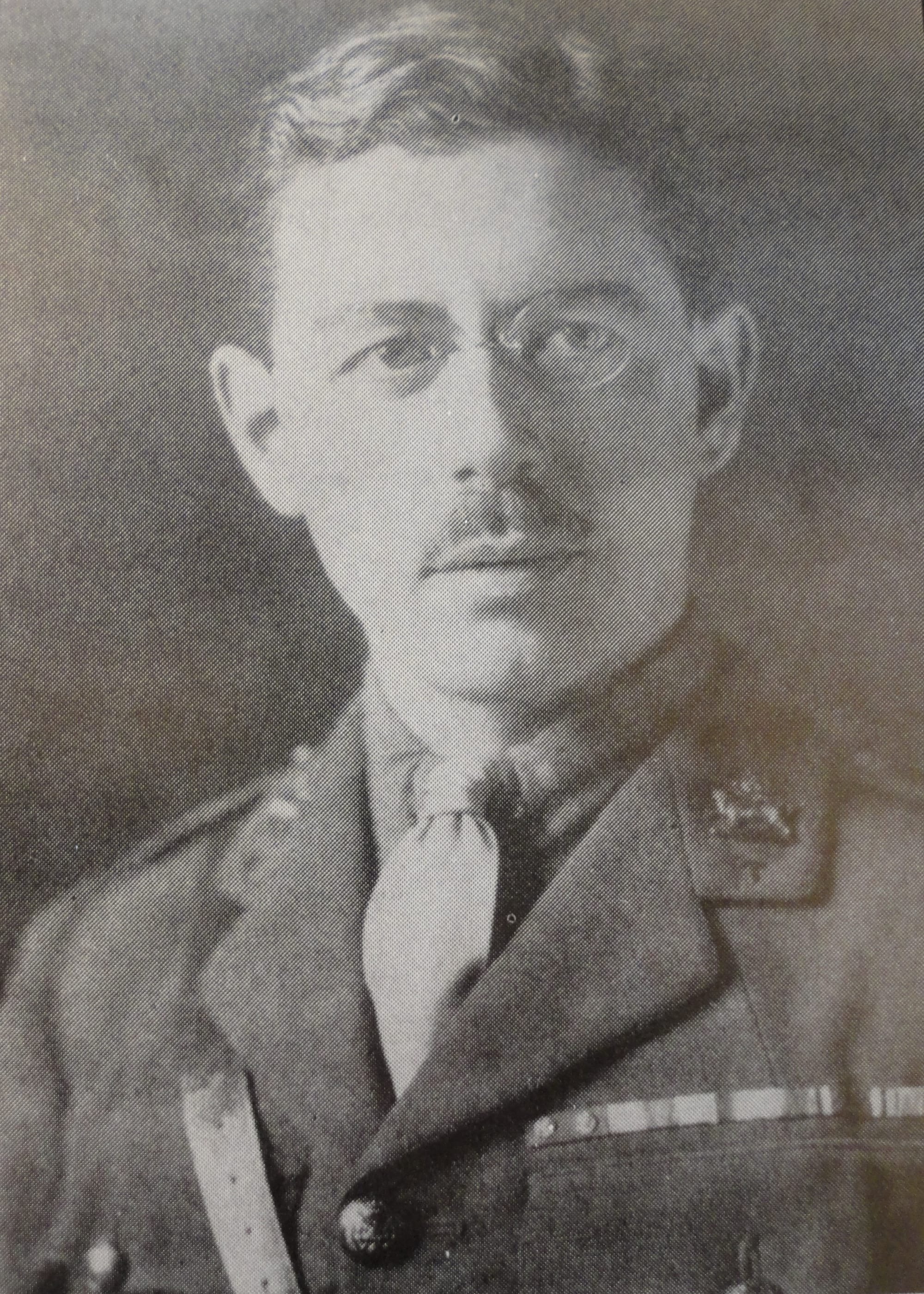 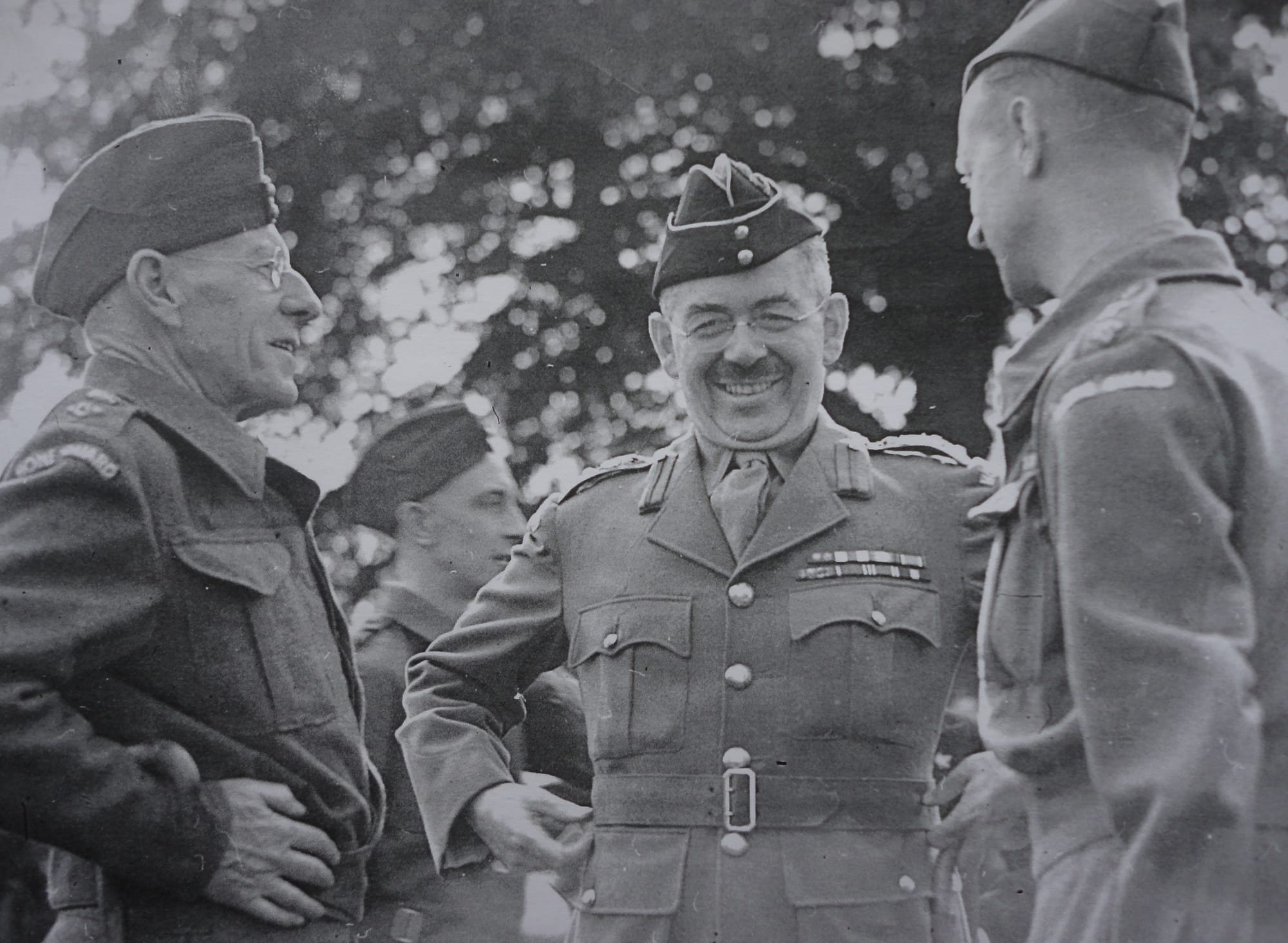