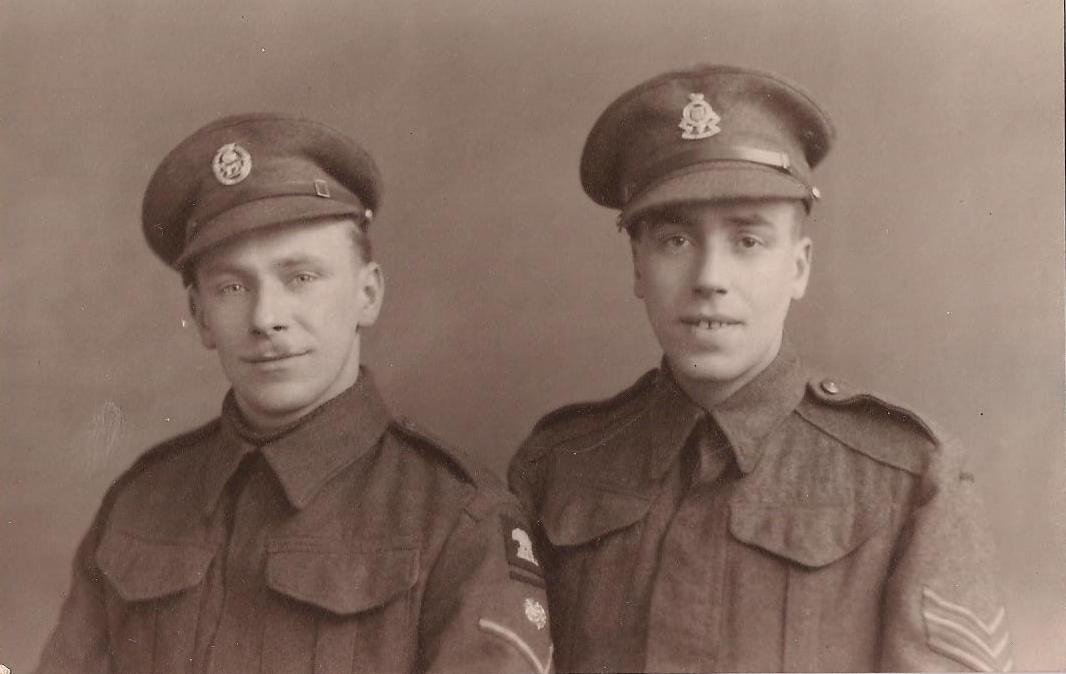 This photograph shows a Lance Corporal of the Hallamshire Battalion with a Sergeant of the Royal Army Ordnance Corps.

The cloth Polar Bear badge was first introduced while the Division was in Iceland in 1942 by General Curtis with the Polar Bear having a 'head down' aspect (the first pattern). Prior to this time, the 49th Division badge was a white metal Yorkshire Rose worn above the stripes.

Although the order to change from the Yorkshire Rose badge to the Polar Bear was made in 1943 while the Division was still in Iceland, there is pictorial evidence to show that some members of the Division continued to wear the metal rose badge as well as the Polar Bear.

Wearing two different Divisional badges was an unusual if not unique occurrence.