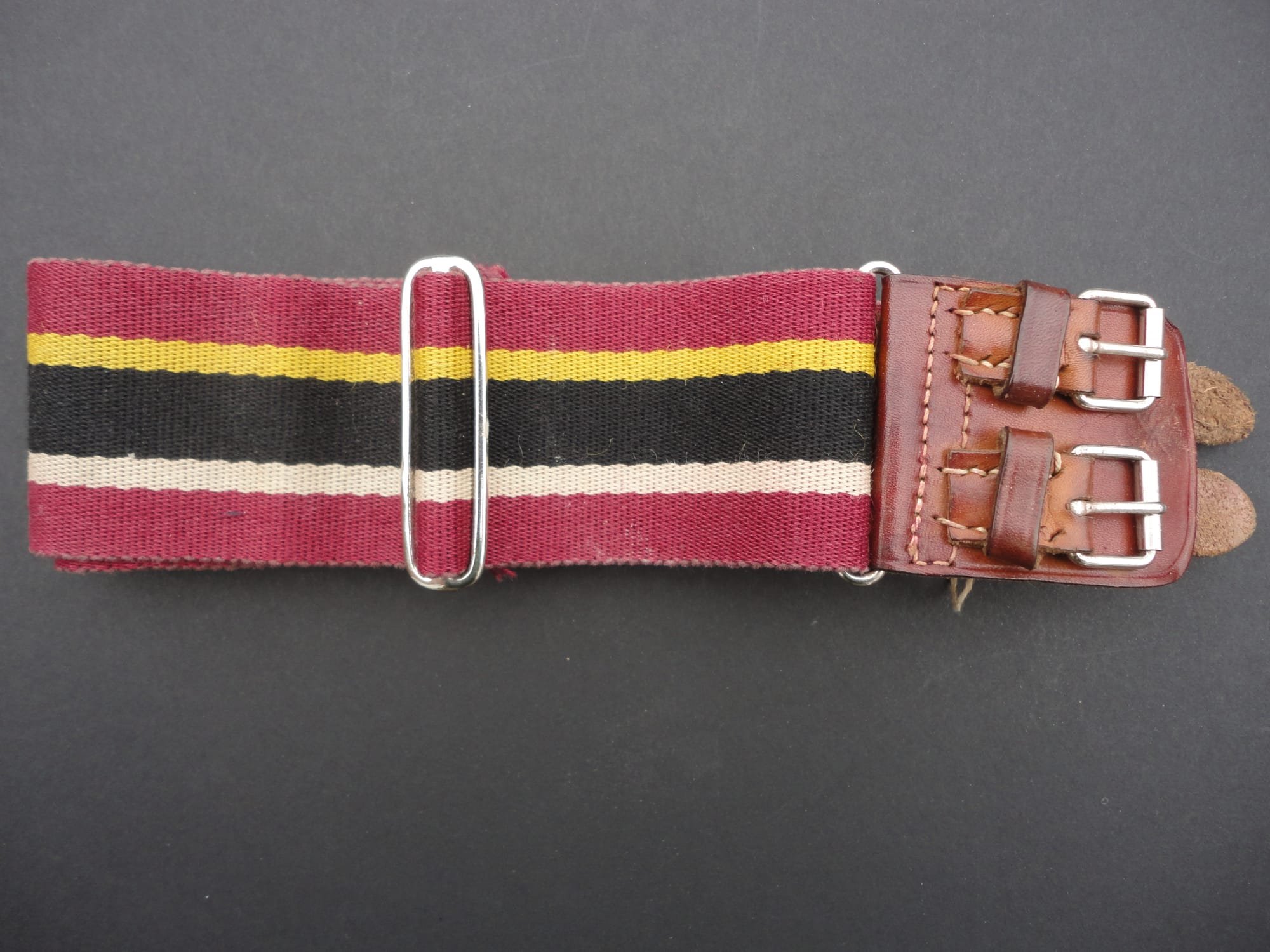 Although stable belts originated with the Cavalry, eventually each regiment in the army had its own uniquely coloured stable belt made of cotton woven material with either buckles and leather straps or a metal plate with regimental badge and clasp to fasten it around the waist. Stable belts were worn in working dress in barracks.

The York and Lancaster stable belt made use of buckles and leather straps and was in keeping with other stable belts by using regimental colours in its design. The chrome buckle enabled the belt to be adjusted for different sized waists.

Stable belts were adopted by the York and Lancaster Regiment in the 1950's and continued in use beyond the disbandment of the regiment in 1968 by the Territorial Hallamshire Battalion and local Army Cadet Force units until the mid 1980's.