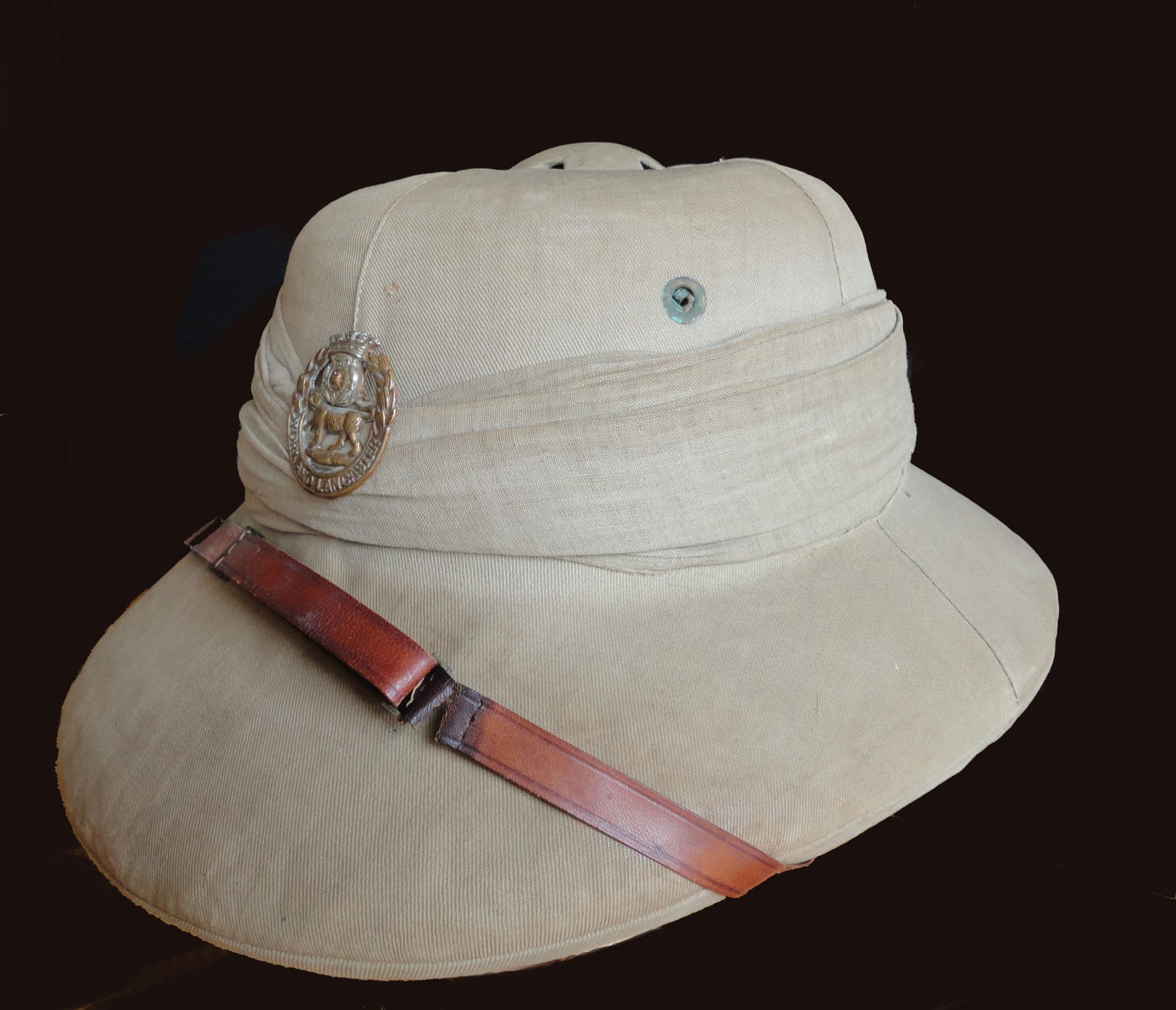 This Khaki Solar Pith Helmet is dated 1937. It was based on the civilian sola topee hat. These helmets were worn in hot climates and were made of sola pith from a flowering plant found in Asia.  The Foreign Service Helmet (which was made of cork) was also issued at the same time but the Khaki Solar Pith Helmet become the preferred headwear for campaigns in hot climates.

This helmet was made by the Peninsular Hat Company of Calcutta. 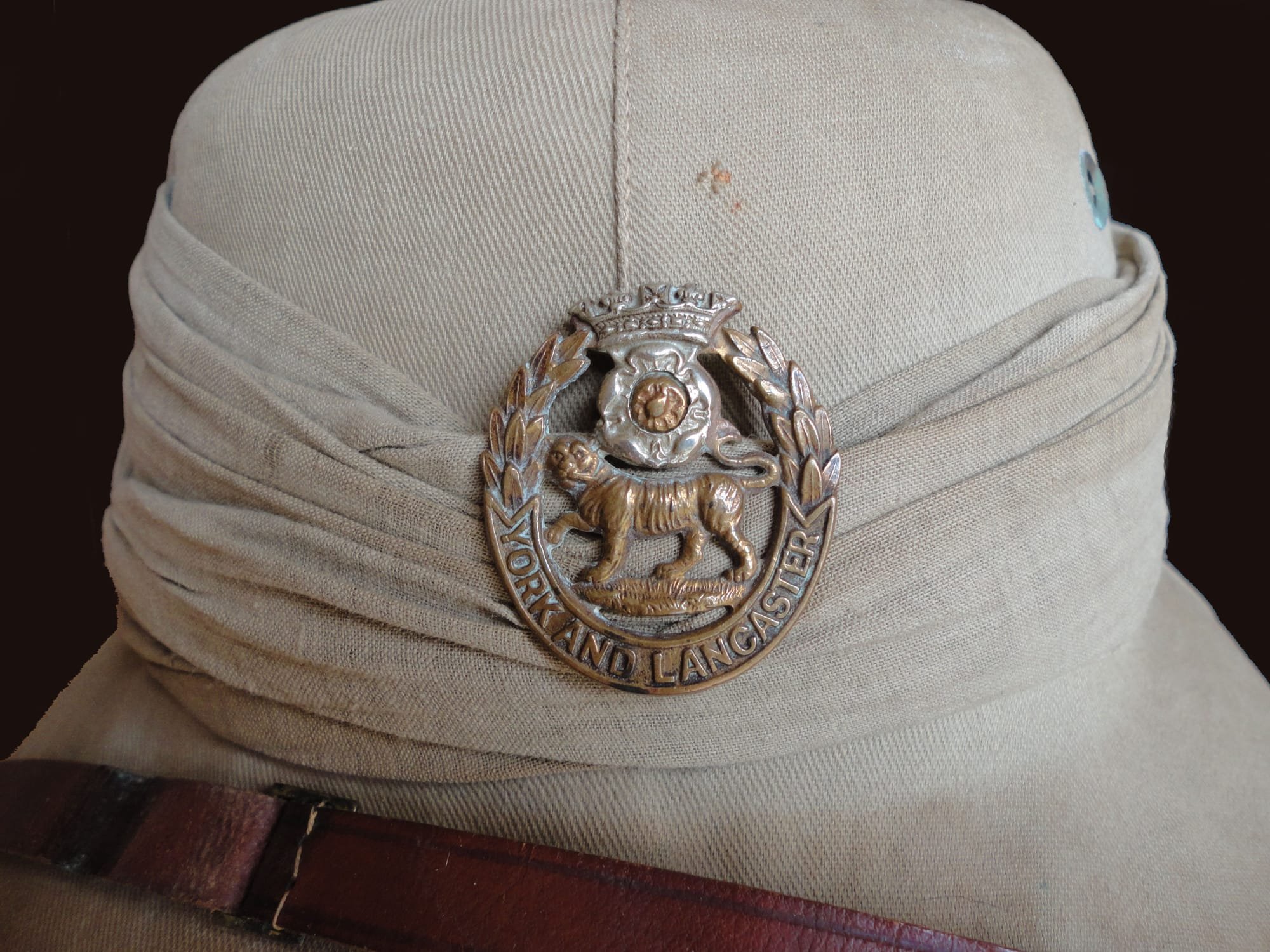