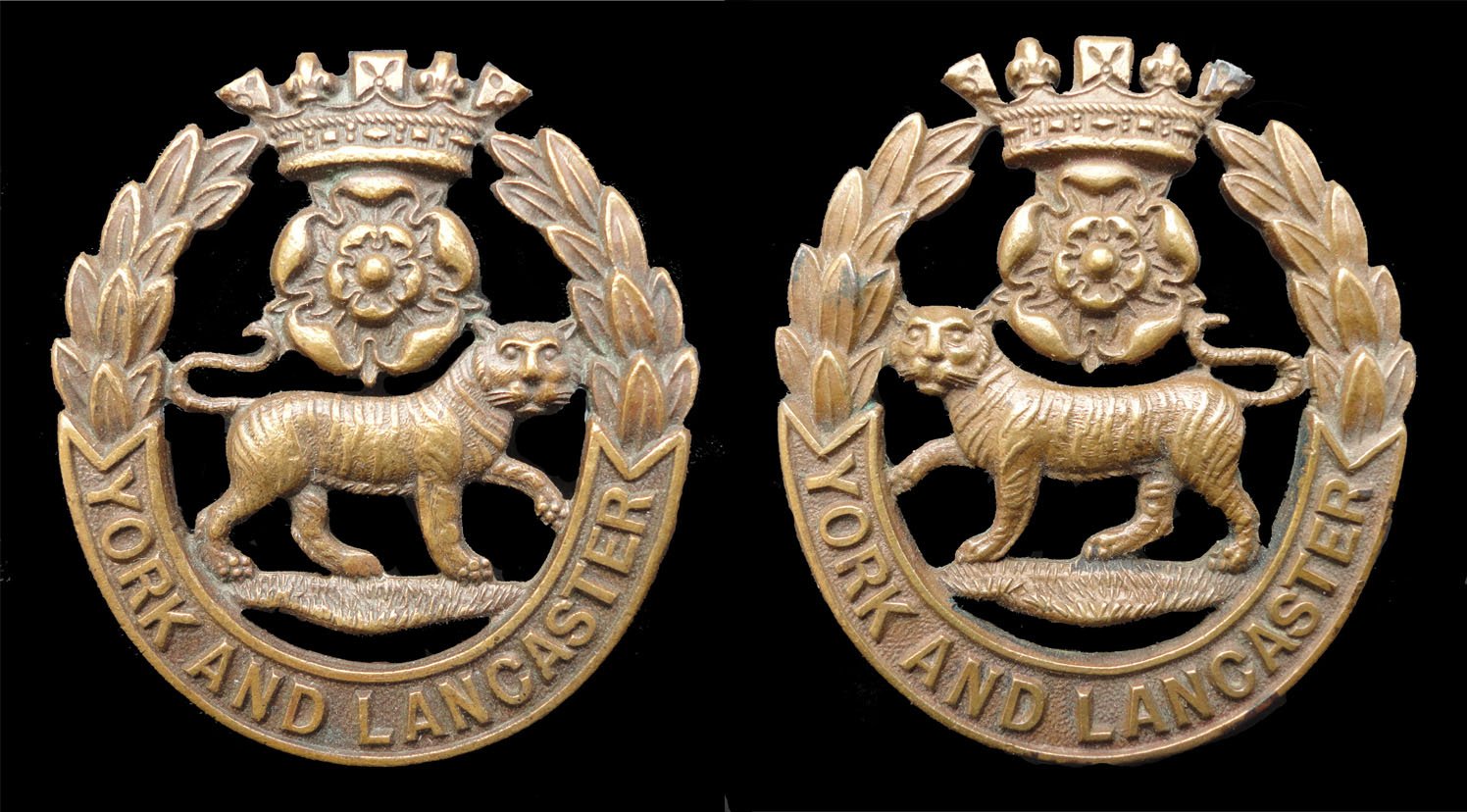 It has long been believed that these badges were worn only by officers of the 5th Battalion. However, photographic evidence in the Tiger and Rose (the regimental journal of the York and Lancaster Regiment) between 1902 and 1908 clearly shows officers of the 1st, 2nd and 3rd Battalions wearing this type of collar badges in their Service Dress.

Photographic evidence post 1908 of the 5th Bn shows that these were worn always with the Tiger facing left and not as inward facing pairs.

There are at least three makers of these collar badges of which two are readily identifiable. Firstly, JR Gaunt whose cast bronze officer badges have a smooth, flat appearance to the rear of the badges and a pronounced indentation to the rear of the rose and crown. 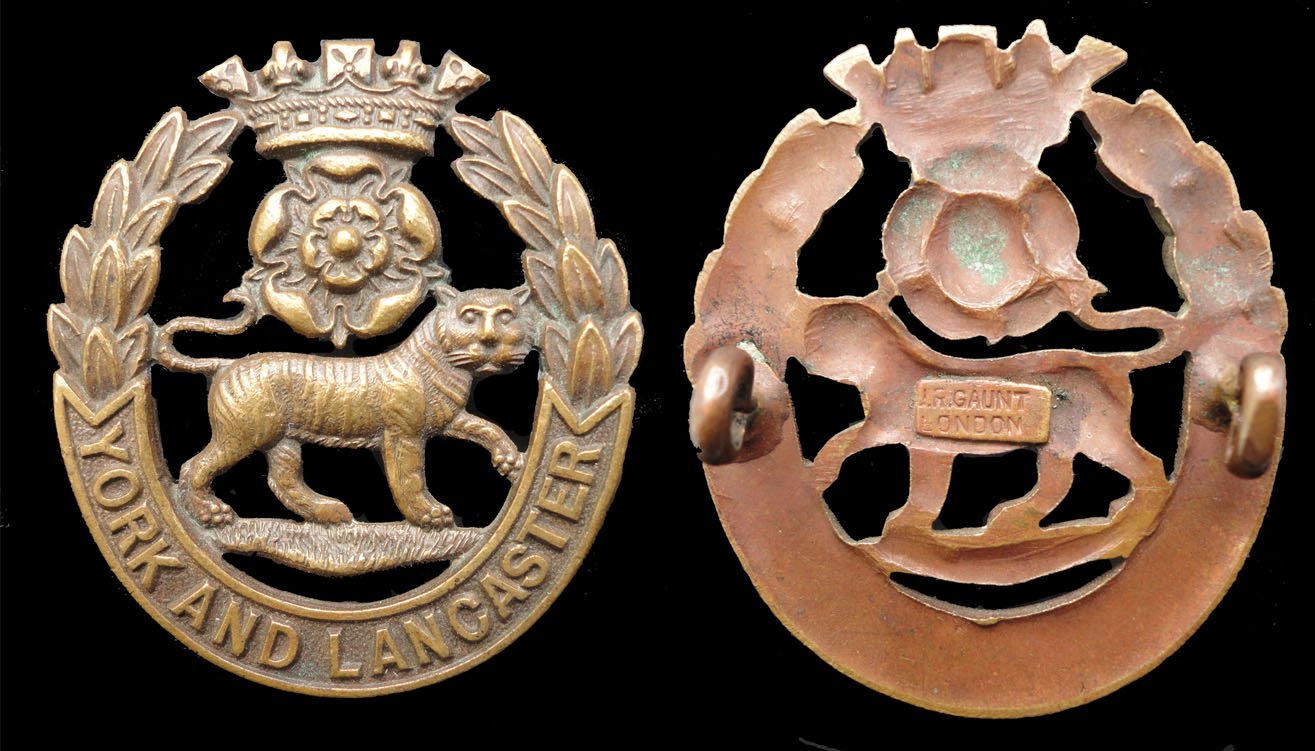 Secondly, J&Co (Jennens and Co) whose cast bronze badges with the rear details of the badge showing a pronounced hole to the rear of the rose along with an indentation to the tiger and the ground the Tiger is stood on.  The front of the J&Co collar badges appear to have a die flaw under the letters ‘L’ of Lancaster and ‘A’ of And. Occasionally these badges can be found with the maker mark of J&Co.  It can therefore be assumed that those badges with this particular flaw were all made from the same dies used by J&Co. 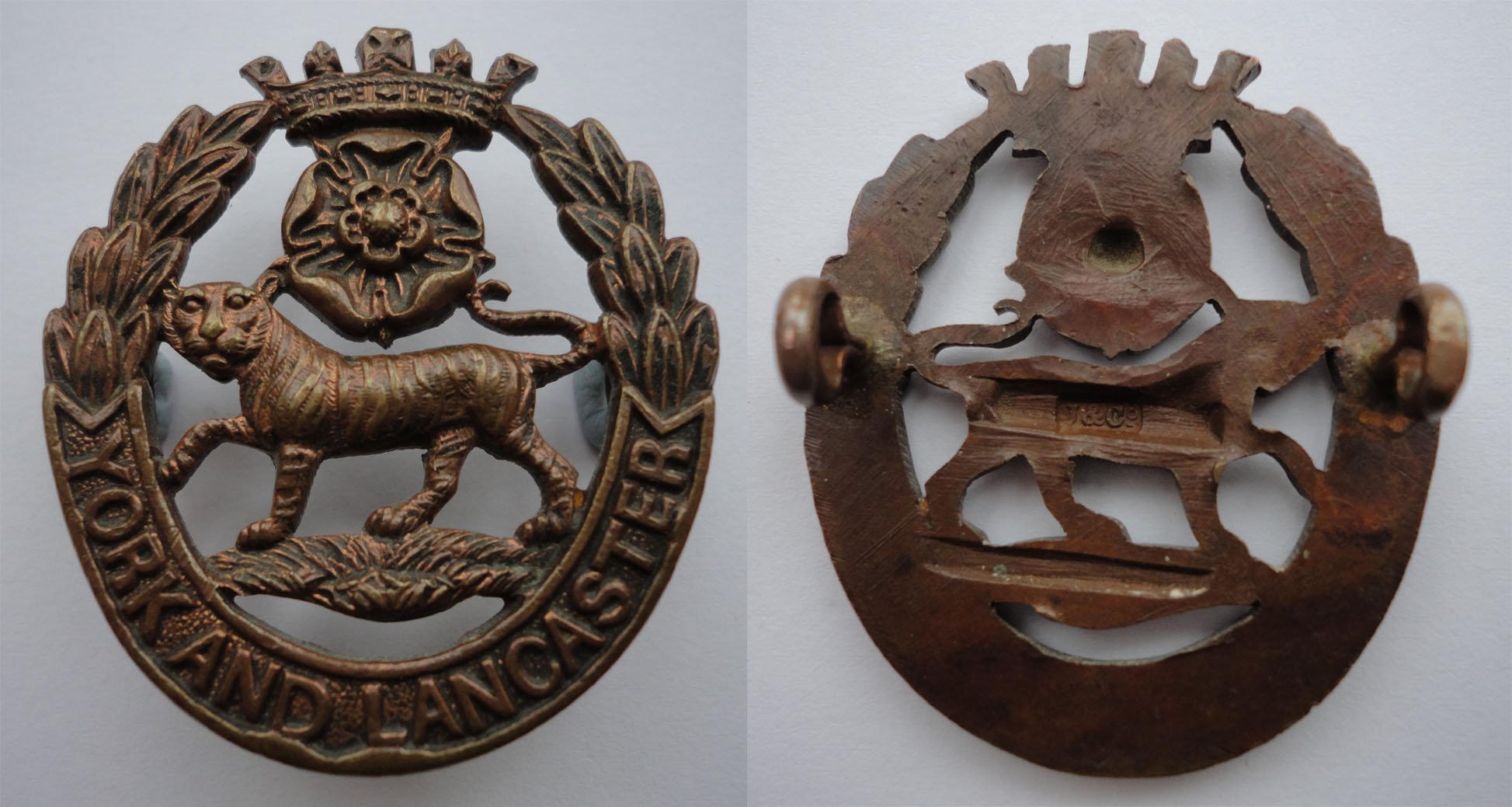 A series of photographs can be found in the Tiger and Rose, the journal of the York and Lancaster Regiment, showing groups of officers of the 2nd and 3rd Battalion wearing Service Dress with this type of collar badge (both collars left facing).  These are: